Sari Jameh Mosque; The Integration of Religion and Tradition

News Code : 16558Monday , May 18 , 2020news 0
By the spread of Islam in Iran, Mosques, as elements of the Islamic city, built in almost all cities. Jameh Mosque, one of the oldest mosques of Mazandaran province, is located in Sari. Its construction dates back to the early centuries of Islam.

Mosques (Masjids) are one of the important places of worship for Muslims, especially collective worship in the holy month of Ramadan. Consequently, there are mosques in almost all of the Islamic cities or even villages. By the spread of Islam in Iran, in the 7th century, the structure of Iranian cities had changed and mosques, as important elements of the Islamic cities, had been built there. Sari, the provincial capital of Mazandaran, is a city with many mosques which the oldest one of them is called “Jameh Mosque”.

Sari Jameh Mosque, located in the middle of Nargesiyeh Bazar in Chenar Ben Neighberhood, is one of the oldest mosques in Mazandaran province. Some historians believe Jameh Mosque had been built in the early centuries after the spread of Islam in Iran. Even some stated that this mosque had been built on the ruins of a fire temple of the Sasanid era. Today, nothing has remained of Jameh Mosque’s primary structure and its current structure has been built during Safavid and Qajar Dynasty. This Mosque has been recorded as one of the national monuments of Iran in 1999.

Sari Jami Mosques has two entrances; one for men (in the north of the building) and the other for women (in the west). It has a big yard, two Minarets and eight Shabestans; each Shabestan is called by a special name. The Mosque has a basement that is uesd for ablution facilities.

Two years ago, in one of the hot days of summer, Sari Jameh Mosque caught fire because of the electrical malfunction. The fire destroyed the roof, one Minaret and some parts of the building of the Mosque. Some days after the incident, the rebuilding process had started and after one year the Mosque reopened.

This year, under corona virus restriction, Sari Jameh Mosque, like many other mosques in the world, is closed temporarily. 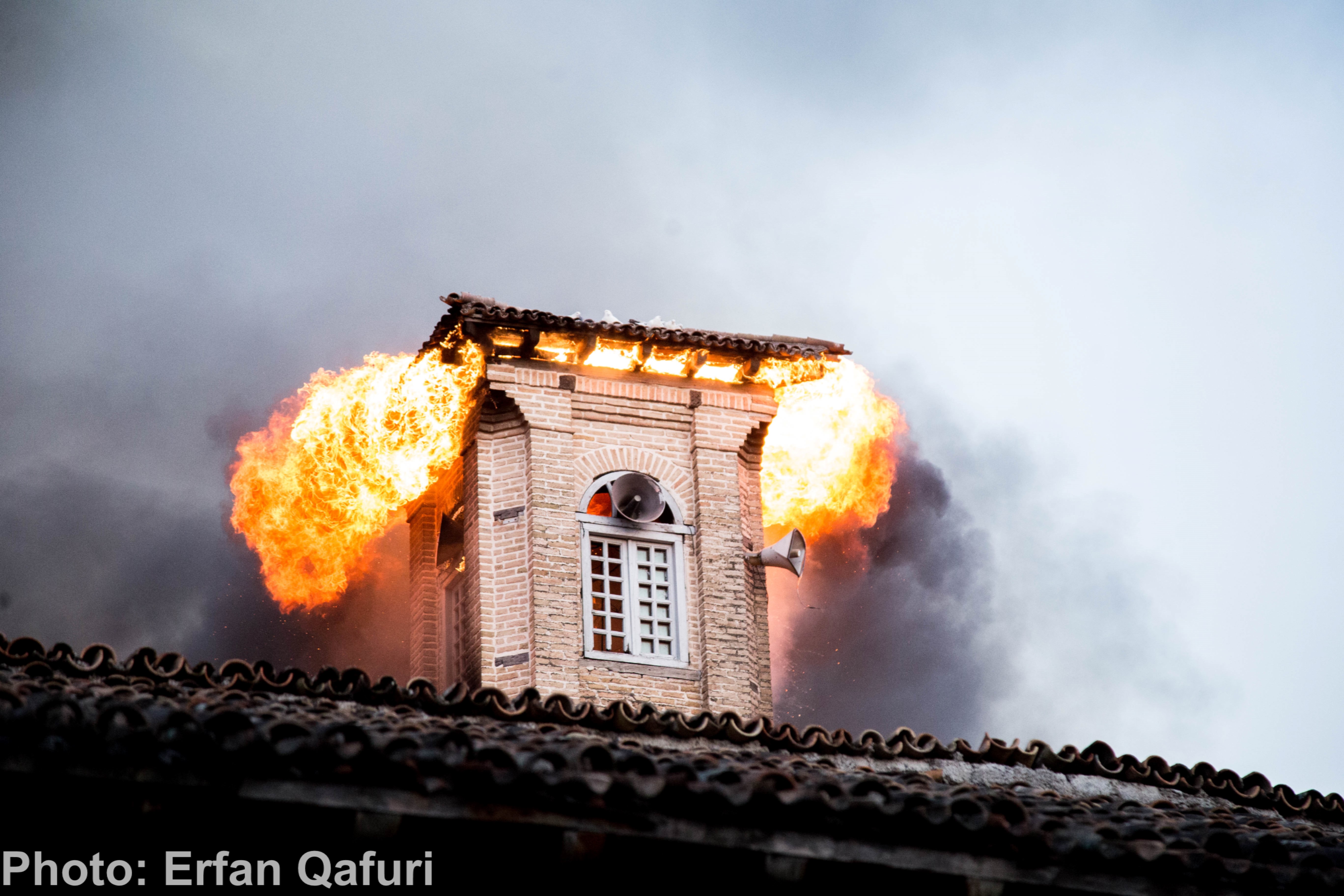 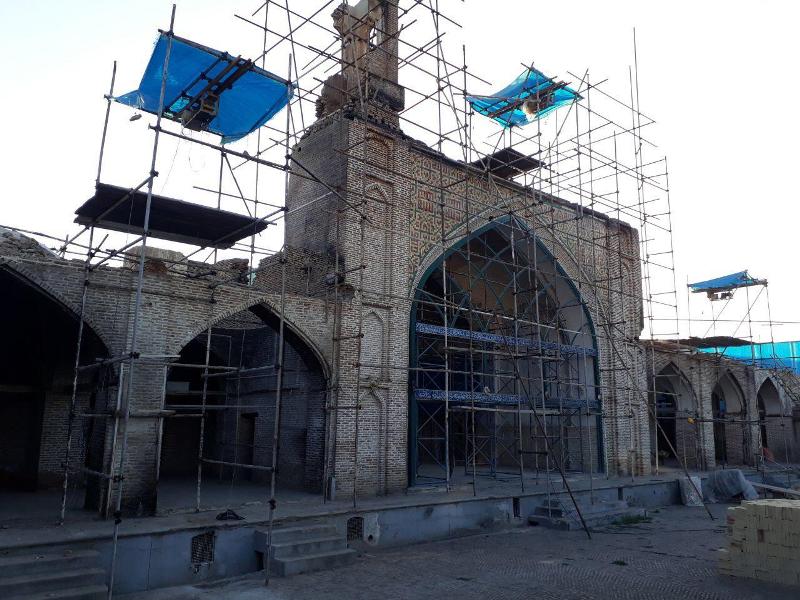 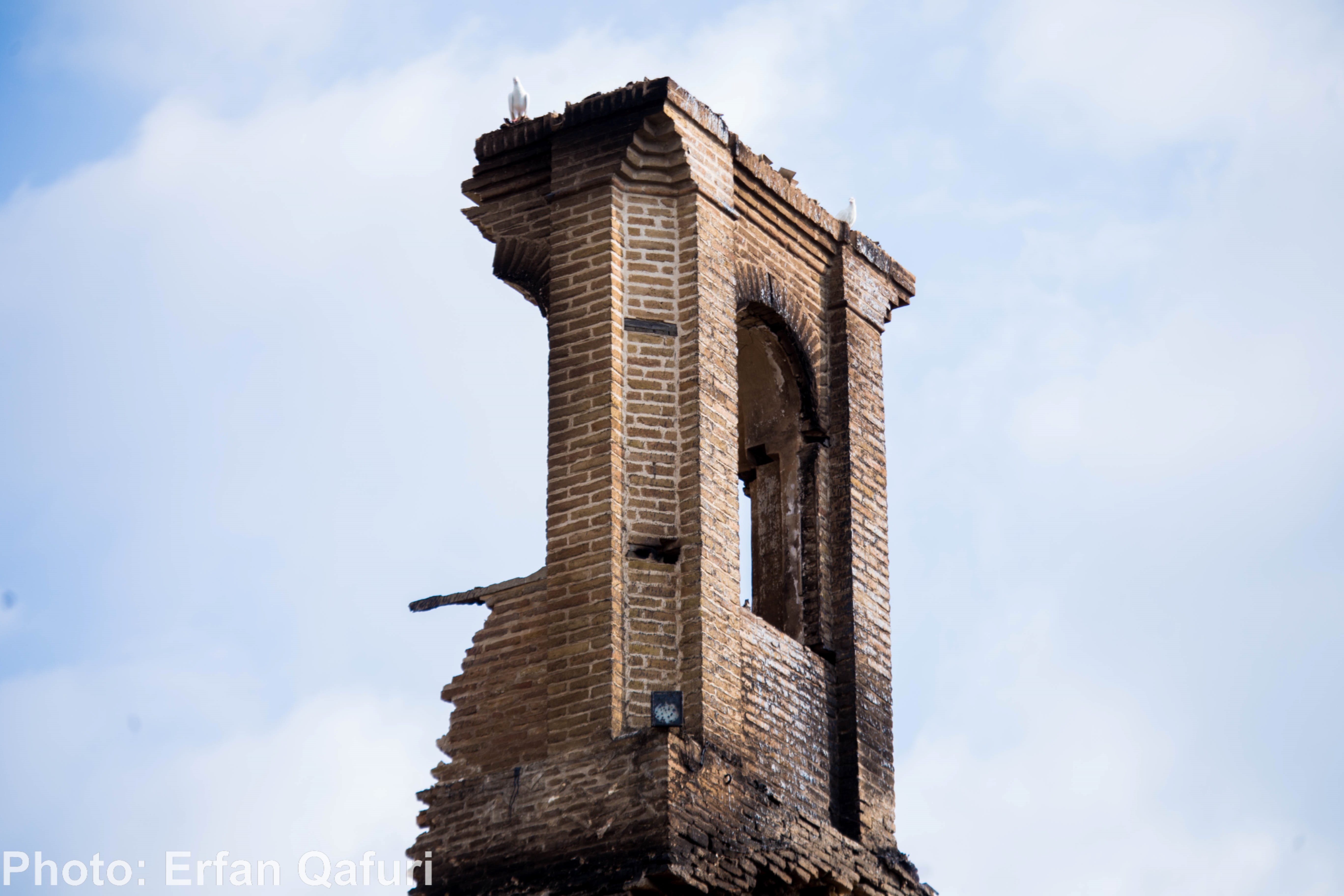