A Story Which Is Part of the History of Mazandaran; They Celebrate “13 Tir-Mah Sho” to Pass Patriotism to Future Generation

News Code : 15049Saturday , Dec 7 , 2019news 0
Every year, many people who live in the mountain villages of Mazandaran celebrate "13 Tir-Mah Sho" ceremony. This ceremony roots in an occasion which happened more than 3000 years ago.

As a land of legends, stories, customs, tradition and rituals, Mazandaran history dates back to thousands of years ago. Some of these stories, which during the centuries, have handed down from generation to generation, narrate the unwritten history of this ancient land.

“13 Tir-Mah Sho” is one of the stories which narrates the efforts, heroism and sacrifice of Iranian in a war that happened more than 3000 years ago; a war between Iran and Turan (an area in Central Asia).

Tir is the fourth month of the Mazandaran ancient calendar, which is known as “Tabari Calendar”. The 13th day of Tir is equivalent to November 4.

It is said that more than 3000 years ago, a war ignited between Iran and Turan. During the war, the Iranian king and soldiers had been surrounded in the mountains of Mazandaran for days. There was a shortage of food and water. So, people, who lived in the mountain villages of Mazandaran, had decided to help Iran troop. Some youth had covered their faces to keep their identities hidden from enemies, went from house to house during the nights, gathered food and equipment and sent them to Iran troop

Finally, the war came to an end and for setting the border between the two countries, a strange decision had made. An archer must shoot an arrow, wherever the arrow landed, it would be the border of the two countries. Arash, a famous Iranian archer, had been chosen for this crucial mission. He had climbed a mountain and shoot the arrow. It is said that the arrow landed in Marv (in Turkmenistan). After that, no one had seen Arash. Some said that he died after shooting the arrow and sacrificed his life for his country. Arash is still a well-known Hero in Iran.

Shooting the arrow by Arash and setting Iran border had happened in 13 Tir-Mah (November 4).

Generation after generation, people of Mazandaran have celebrated the occasion which happened on November 4 of more than 3000 years ago. Because they wanted their descendants to know what their fathers and mothers had done for their country.

This ceremony is still held in some mountain villages of Mazandaran. On the night of November 4, some young men gather together. One of them covers his face. They go to people’s houses. The youth, who has covered his face, carries a piece of wood (as the reminder of Arash’s arrow) and hits people lightly with the wood. People believe this wood is the symbol of blessing and happiness. If someone is sick, the youth hits them with the wood. Not only people, but animals and trees would also be hit by wood if they are sick or do not give fruit. For appreciation, the house owner gives food or fruit to the youth. At the end of the ceremony, the food and fruit would be distributed to the poor.

This ceremony has been recorded as an intangible cultural heritage seven years ago. 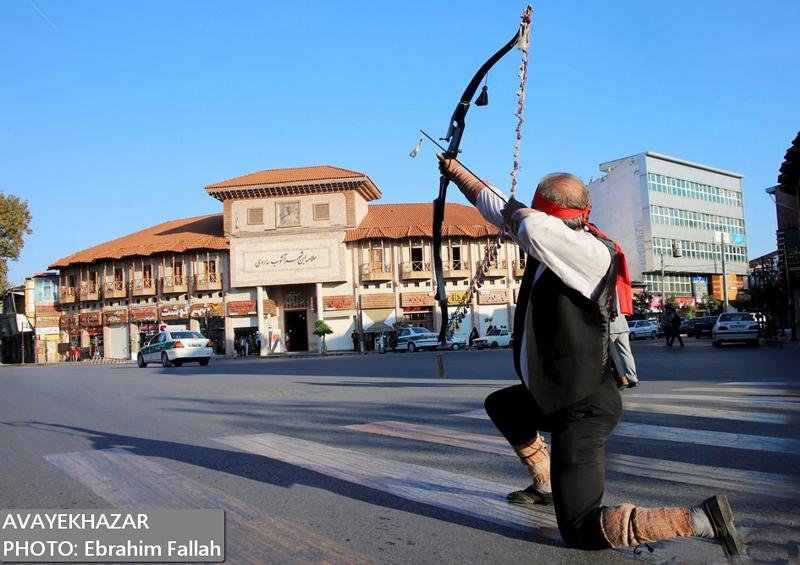 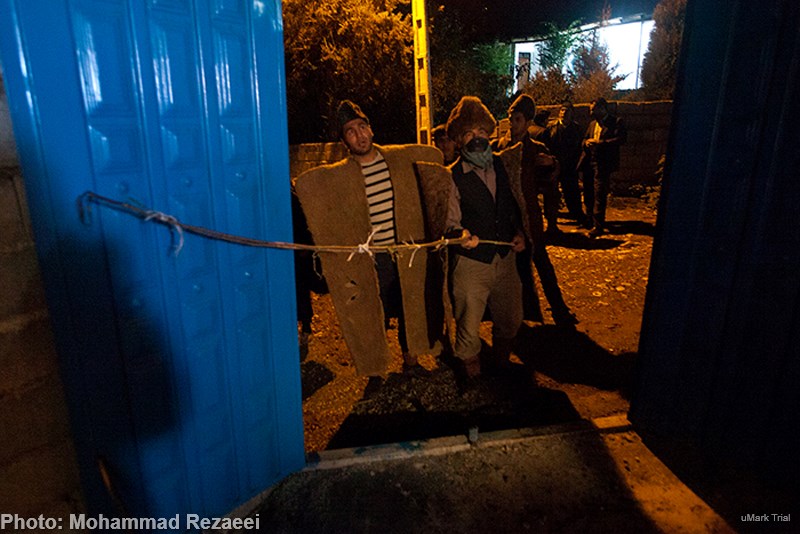 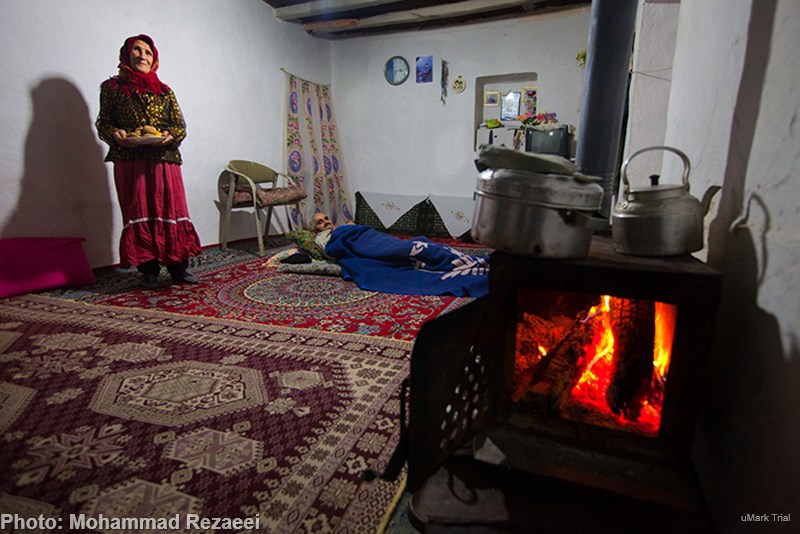 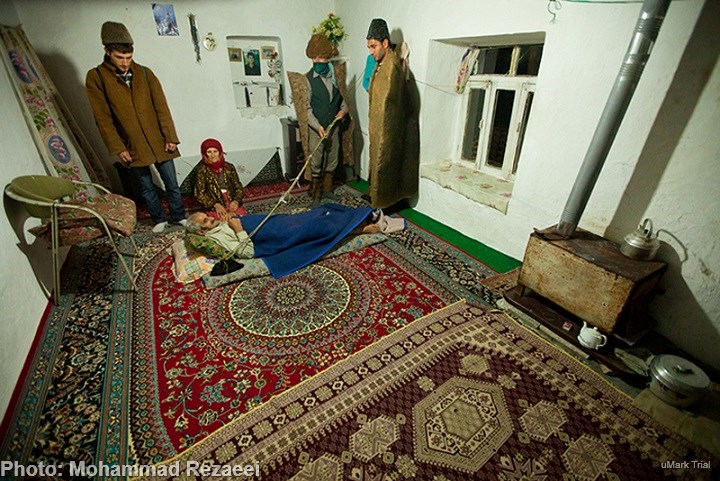 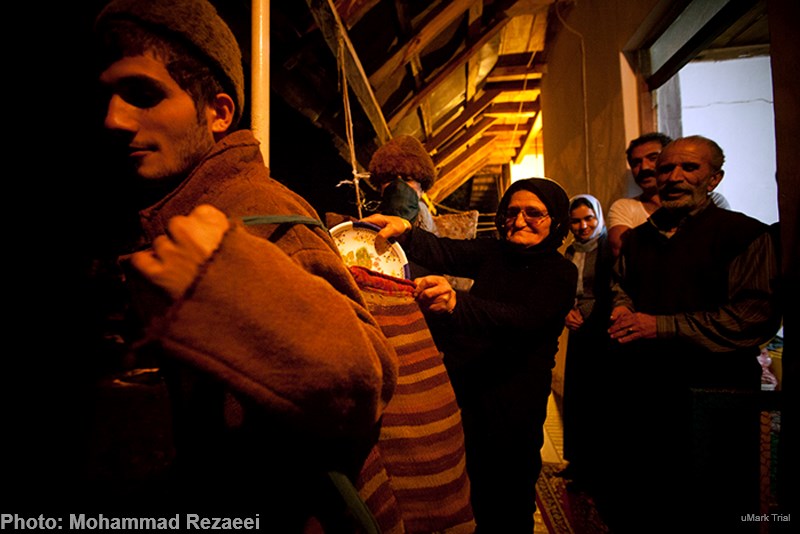 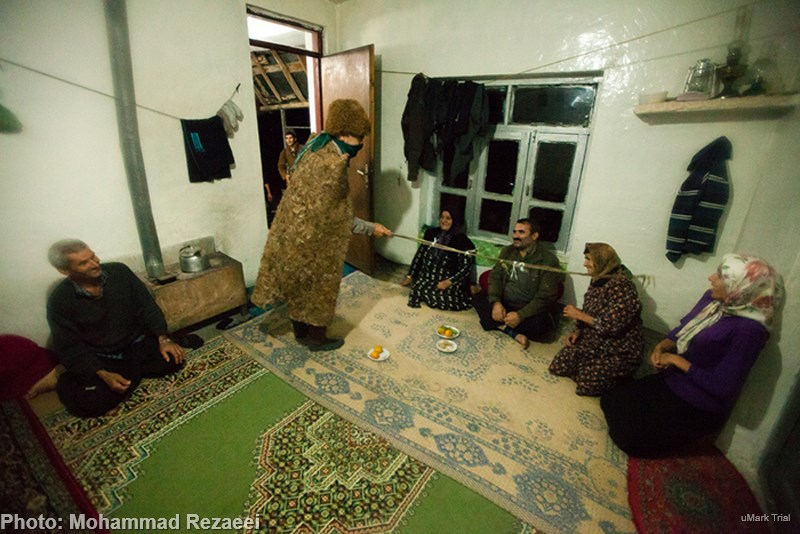 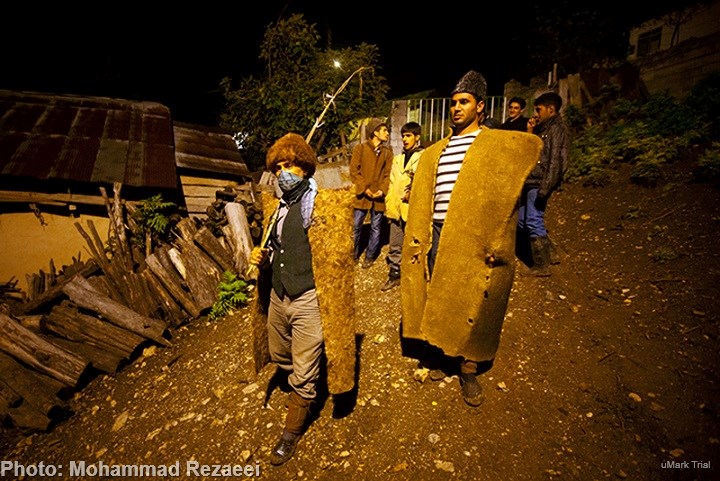